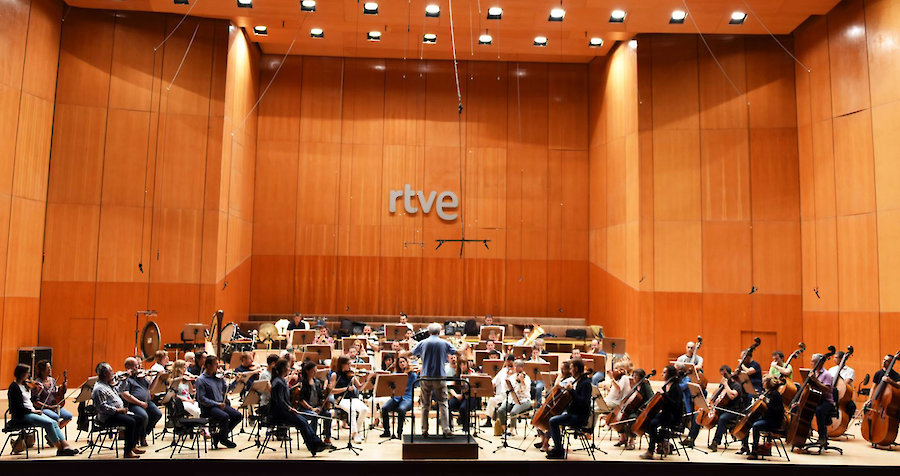 Silvestre Revueltas —a master Mexican composer whose time will come— composed one of the greatest of all film scores for one of the most beautifully photographed films ever made: Redes. This program celebrates the complete film score of Redes in its Spanish premiere. The first half of the program presents the film in its cultural and historical context, as a genuine result of the Mexican Revolution.

The RTVE Symphony Orchestra participates in the México se escribe con X Festival organized the Mexican Institute of Culture, a subsidiary of the Embassy of Mexico in Madrid, from September 13-30, 2016. The program, directed by maestro Angel Gil-Ordóñez, is a monograph dedicated to the Mexican composer Silvestre Revueltas, in which you can listen to his songs performed by the soprano Pilar Jurado, the symphonic work Sensemayá, and the soundtrack of the film Redes. Jorge F. Hernández also participates as narrator.

You can watch the full recording on RTVE.es –Part I and Part II– or an excerpt below:

Songs from the Mexican revolution by Silvestre Revueltas: