World premiere of Aaron Travers' Yellowwood for orchestra and video 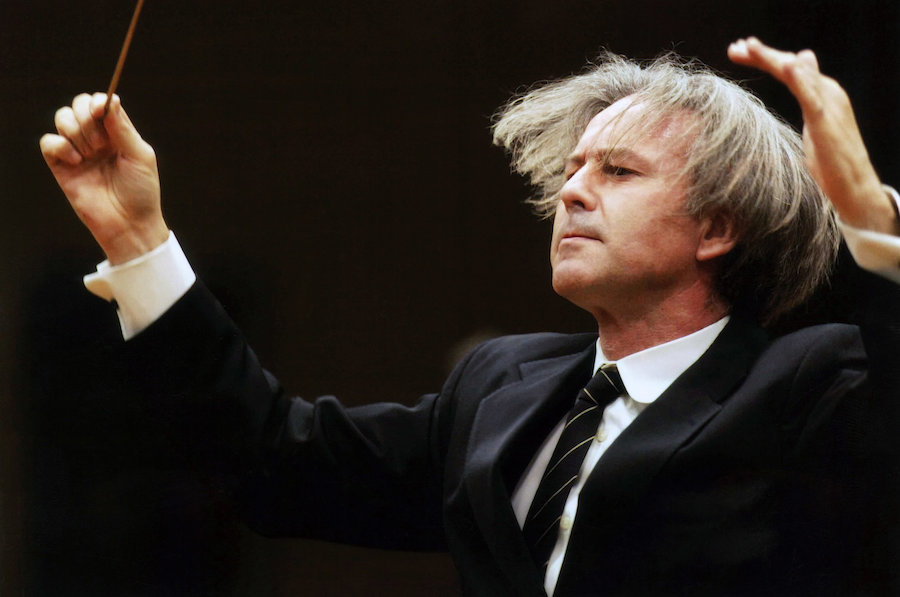 Angel Gil-Ordóñez conducts the world premiere of Aaron Travers’ Yellowwood for orchestra and video, performed by the advanced students of the Jacobs School of Music at Indiana University.

Program notes for Yellowwood for Orchestra and Video (2019), by Aaron Travers

Yellowwood Forest lies approximately 13 miles east of the city of Bloomington, Indiana. It surrounds Yellowwood Lake, which hosts a number of different kinds of waterfowl including Canada geese, hooded mergansers, and great blue herons, in addition to amphibians such as turtles, frogs and salamanders. The forest holds a great deal of bio- diversity, serving as a home to migrating warblers, turkeys, grouse, foxes, and bobcats, among numerous other species.

Yellowwood has been a favorite place of mine to practice photography for several years. In 2018, I came up with the idea of writing a piece for orchestra about the forest, with the idea of simultaneously filming the environment and the animals that live there, revealing the different faces of the forest throughout the seasons. Part of my interest was sparked by the 2017 timber harvests in the backcountry area of Yellowwood, which were controversial at the time and met with a lot of resistance from members of the community. It made me realize the fragility of those ecosystems that surround us, especially given the massive impact humans have on the environment, much of it negative. In my own way, I wanted to catalogue the life of Yellowwood before it disappeared. I also wanted it to serve as an example of all the other forests throughout the world, especially those smaller ones close by, the ones we take for granted, showing how beautiful those places are and the need to actively protect them.

Yellowwood is divided into four sections, each named for a season. Autumn reveals the transition from the last green leaves of the summer to the yellows, reds and oranges of fall. The music is built from dense, towering chords that give way to slow, winding melodies and smaller motives drifting down like fallen leaves. “Winter” begins with a series of icy chords that accompany a slowly meandering solo bassoon. The bassoon expands to include other instruments and erupts into a multi-layered texture descending in giant waves before culminating on a single note. This leads into a transition with bells, slowly descending oboe lines and gently cascading strings, dropping us into the third section, Spring. Spring is unusual, in that it represents a parody of a beautiful choral hymn by local composer/performer Malcolm Dalglish entitled Great Trees. The text comes from a poem by Wendell Berry, “Slowly, slowly they return,” an homage to the lives of trees. I took half of Dalglish’s hymn and arranged the full texture for the orchestra, but with a twist. I multiplied each voice by a different factor, so that the once homophonic voices pull apart from each other, revealing their individuality and creating fascinating dissonances. As this watercolor texture builds to a great climax, it falls headlong into Summer, the final section. Here we are confronted in the video with aerial shots of the forest, torrential storms and dense green foliage. The music erupts into a fanfare drawn from melodies introduced at the beginning, launching into a thunderous texture of churning strings and shrill woodwinds with sleigh bells. This texture builds into a massive, dense chord in the strings, pushing into the work’s finale: a slowly descending amalgam of three voices, made up of gradually diminishing string chords, a simple brass fanfare descending into the depths, and quickly cascading woodwinds figures that follow the brass in their descent. The music ends with a high quote from the beginning of Dalglish’s Great Trees, pitted against extremely low, dark winds, brass, and strings.